The Last Of Us Part 2 Review. 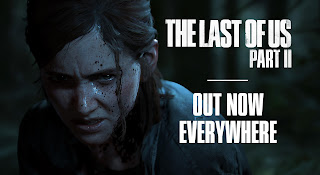 The Last Of Us Part 2 Review.

After finishing TLOU2 I was in a daze. Simply put, the developer Naughty Dog had got what they wanted from me. They had touched every raw emotion, made me sweat, made me cringe, wince, feel sad, excited and most of all, made me cry.

The Last Of Us was a classic. Joel and Ellie bonded through the course of the game to that iconic moment over looking the giraffe. Joel then went on to perform a murderous rampage taking out everyone in his path, a mother of small children? a grangdfather? grandmother? someones son, daughter?................or maybe someones father??? Joel didn't care as long as he got Ellie. The only ones that seem to remember this is Naughty Dog. Joel was savage and would take out anyone that got in his way to get what he wanted.

We're a few weeks after this game has launched but I still refuse to talk plot, other than to say the game continues on from the first game. The hate from a small part of the internet has gone mental over some of the outcomes in the game. The story will take you down a path that you didn't want to go down but when you stop and think about it there was simply no other way to go and by the end you will be left breathless. Some of the choices made in rage are very natural but make you feel uneasy. By the games conclusion you are left to your own imagination as to the timeline that you find yourself at and wether your just going back for something or if you really are now on your own.

Naughty Dog has without a doubt created a masterpeice. I've crowned this the best game I've ever played and while a game has made me cry before, a game has never made me sob and stare at the TV wishing I could console the person, and not just one person.

This review may seem vague and short. I refuse to spoil it one bit for anyone else. If you own a Playstaion 4 you need to play this game. Ground breaking.