The brilliant Wolfenstein II is now Free to download on PS4 as a free playable trial. What are you waiting for?

"Today we’re happy to announce a free trial for Wolfenstein II: The New Colossus. Starting today players can download the free trial on PlayStation 4 and play through the entire first level of the game. Should players choose to upgrade to the full version of the game, their save data will carry over."

Wolfenstein II: The New Colossus launched on October 27 on PlayStation 4 to widespread praise from the critics and community. Wolfenstein II has also been nominated in several categories for The Game Awards, including Best Game Direction, Best Narrative, Best Action Game and Best Performance (Brian Bloom as BJ Blazkowicz). 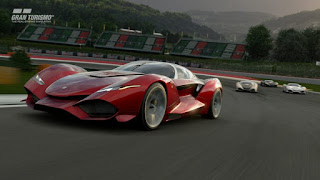 Sony have just broken news of one of the biggest features that fans have been crying out for, offline play.
On top of all that we will see a slew of new cars from November 27th and through December. Merry Christmas from Sony!
Also GT League and other fixes. Take a look here for full details.