Converge in a Cosmic Battle Across the Marvel Universe! Warner Bros. Interactive Entertainment, TT Games, The LEGO® Group and Marvel Entertainment today announced the launch of LEGO® Marvel Super Heroes 2, an original, humour-filled sequel to the critically acclaimed blockbuster game, LEGO® Marvel Super Heroes. In this all-new, epic adventure, the time-travelling Super Villain Kang the Conqueror has stolen numerous Marvel cities and locations ripped from time and space to form the expansive Open Hub World of Chronopolis. To foil Kang’s diabolical plans, an elite team of Super Heroes must band together in cosmic battle that takes players on an exciting journey across the Marvel Universe. Published by Warner Bros. Interactive Entertainment and developed by TT Games in partnership with The LEGO® Group and Marvel Entertainment, LEGO® Marvel Super Heroes 2 will be available for PlayStation®4 this Friday 17th November. "Whether you’re a Marvel fan or a LEGO® fan, the collabo
Post a Comment
Read more 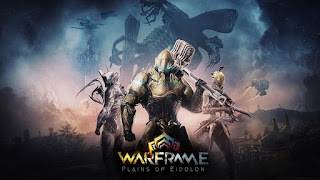 I've lost count of how many hours I've spent on Warframe. We first went hands on way back before the launch of PS4 at Eurogamer 2013. Warframe back at pre-launch. Much has changed since then. From the developer: "Starting today, a new chapter begins with Plains of Eidolon on PS4. This massive, 2.5 X 2.5 kilometer territory is open, bristling with strange creatures, enemies, and surprises to explore, and it’s all free." How the game looks now in the new world.
Post a Comment
Read more
More posts