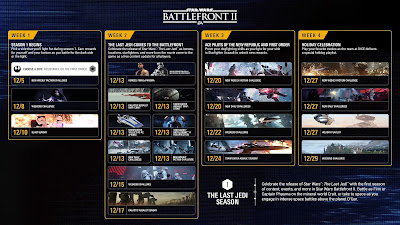 EA and Dice have laid out the details for the December dates to note in your gaming diary all in one handy place.