Sony Storm Paris with one of the strongest shows in years! 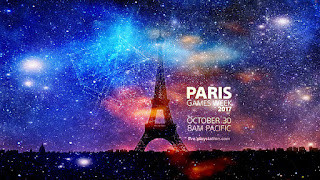 Rumours started flying about on the internet about what Sony had kept behind from E3 2017 as they really only did what they had to in the Summer with no bells and whistles. What Sony did this afternoon was cool, calm but above all........ruthless. Our Jim took to the stage and in his very British way, smiled, even winked and looked smug as hell as one game after another rolled out. They even managed to turn Monster Hunter World into a huge Horizon Zero Dawn epic by adding Aloy and a robo cat. Genius. Spider-Man swung in, Shadow Of The Colossus, Horizon, Ghost of Tsushima, God Of war and to top it all an almost movie-like Last of Us 2 was shown as was the incredible looking make-the-story-yourself Detroit:Become Human. So many PSVR games were shown. In fact Sony needed the good old trusty panel to show off lots of games before the show even started! If anyone was in any doubt about Sony's drive and intent then they wont now. You don't need the most powerful console to lead;
Post a Comment
Read more
More posts