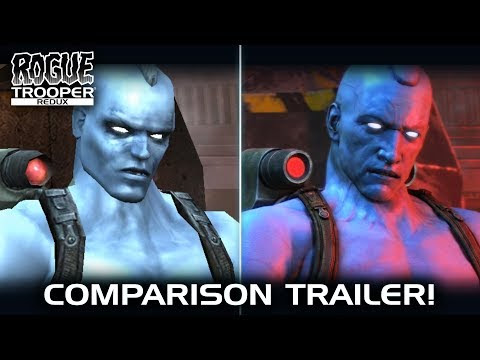 NEW ROGUE TROOPER® REDUX VIDEO FEATURE COMPARES 2006 WITH 2017! October 17th Launch Date Also Confirmed  Independent UK developer and publisher Rebellion today released a new ROGUE TROOPER® REDUX trailer comparing the game’s impressive visuals directly with those of the original 2006 game.  The new trailer also reveals the game’s launch date of 17th Octoberon PlayStation 4.  ROGUE TROOPER® REDUX will be available digitally and also as a boxed edition on PlayStation 4. Priced at £19.99 $24.99and featuring a BAFTA-nominated campaign and dedicated online co-op modes, Rogue Trooper Redux will offer shooter fans incredible value, whether they’re new to the universe, or a fan of the original game and comics.  Something old, something new …  The detailed new “Graphics Comparison” trailer combines and compares cut scene and gameplay footage from the original Rogue Trooper® game (2006) with the new remaster, highlighting the overhaul given to the game by Rebellion’s in-house developers in conj…
Post a comment
Read more 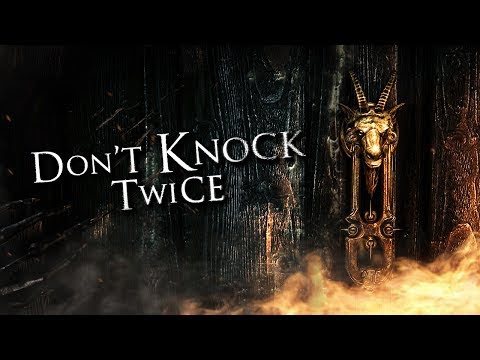 One knock to wake her from her bed, twice to raise her from the dead.
Don’t Knock Twice is a first-person horror game based on a psychologically terrifying urban legend. To save her estranged daughter, a guilt-ridden mother must uncover the frightening truth behind the urban tale of a vengeful, demonic witch. Don’t Knock Twice fully supports VR for the ultimate horror experience!
Explore a grand manor house environment and interact with almost every object you see. To find and save your daughter, you will explore all depths of the manor, searching for hidden clues and wield items to fight or escape the terror that surrounds you.
The game is being developed alongside the 2017 horror film, Don’t Knock Twice, starring Katee Sackhoff (Battlestar Galactica) and directed by Caradog James (The Machine).
Don’t Knock Twice is designed for VR with a non-VR version also included. Don't Knock Twice is available now from the store.

The fight continues in upcoming DLC based on oneof WW2's most dramatic conflicts.
Bracknell UK, 10th October 2017
Following on from the successful launch of Sudden Strike 4 on PlayStation®4, Kalypso Media is excited to reveal the first official DLC expansion for its WW2 strategy heavyweight. Sudden Strike 4: The Road to Dunkirk will launch for PlayStation®4 via dlc on the PlayStation Store on 20th October. The DLC offers four new singleplayer missions based around one of the most intense and dramatic conflicts in the entire war, as the Allied forces made a desperate bid to rescue British, French and Belgian troops trapped in the eponymous French town, surrounded by the German army with seemingly no hope for escape.

In the German side of the campaign, players must break through the French defenses in the Battle of Lille to capture the town of Dunkirk and ultimately hunt down and destroy a British battleship. In the Allied campaign, players will launch a counter-offensive during th…
1 comment
Read more
More posts