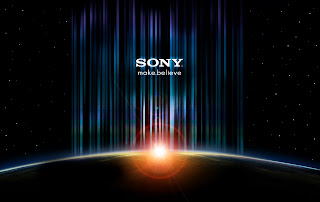 Sony reported fiscal second-quarter earnings and revenue that beat forecasts thanks to a strong performance from its PlayStation gaming business, and said it expects its best profit since 1998.

The Japanese electronic giant reported the following numbers for the three months to September 30:
Sales of 2.06 trillion Japanese yen ($18.2 billion) vs 1.86 trillion yen expected, according to Reuters data. This was also a 22.1 percent year-on-year rise.
Operating profit of 204 billion yen vs 135.6 billion yen expected. This market a 346.4 percent rise.

The Japanese giant said it now expects operating income for the year ending March 31 to be 630 billion Japanese yen. If realized, this would be the highest ever profit for the company since its record-breaking year in 1998 when it earned 526 billion yen. During this period, Sony's first PlayStation console was proving very successful.

PlayStation has been the crown jewel for Sony for a long time and the latest quarter was helped by increased game and hardware sales. Major game titles such as "FIFA 18" and "Unchartered: The Lost Legacy" were released during the quarter.

On Monday, the company also announced a number of new games coming out over the next couple of years. These included some virtual reality (VR) games. Sony released the PlayStation VR headset last year, and has since sold over 1 million units, making it the second-largest VR headset by market share, according to IDC.

Sony further strengthened its hand yesterday with a powerful show of force at the Paris Games week.
PS4 News Sony