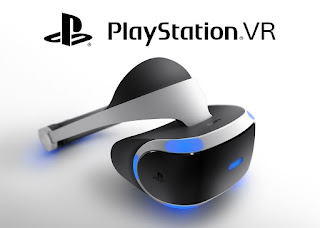 I remember sitting in a black box in an arcade with a scope in front of my face while roaming about on a map in a tank made up of neon sticks blowing up other neon stick tanks. This game was Battlezone, the arcade was at Llandudno pier, I was 11 or so. Yes that's (cough) 35 years ago.....maybe? This was my first go at a VR type game.

2016. October 13th. PlayStation VR is here. I pre-ordered in March when it first went to press. Over the few months that passed I avoided going to any of the pre-shows of PSVR, why? I'm one of these that want that, "first time" in the quiet of my own surroundings. One thing I wish I'd not done and that was watch to many VR demos on YouTube. You see VR is totally different in reality. Many users have had issues with the image like myself, in fact it took me playing with the HTC Vive before I realised that the image is all part and parcel of the VR headset.

First and formost the headset itself is a design marvel. Putting it on for the first time feels tight and fragile. But after some tugging and stretching you'll find that it's very robust but most of all it feels almost weightless as the pressure is on the hard point of no feeling of your forehead. After a few minutes you'll forget it's on your head........Nearly. The Move controllers are a must have. Games that use them just wouldn't feel the same without them. I had no issues with them. They had sat in my draws for years but fired up after a quick charge. 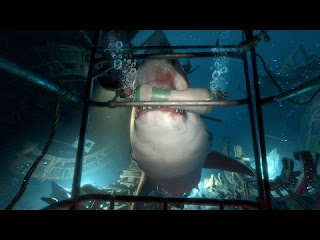 My first trip into VR was the Shark cage. I'm into that sort of thing in real life so it was the thing I was always going to try first. Yes, I tried to kick the shark. From that point I was sold. I tried a few other games one after another for about two hours. Oh dear. Please take notice of what Sony tell you. Do VR in short bursts to start off with. You'll grow into it. I felt sick as a dog. No really. It was bad. Even the next day I felt a little strange. Now after shorter play times I'm much better.

I have my first AAA must have game and what I wanted from VR. It cost me £12.00 and I have to be honest, the best £12.00 I've paid on any form of interactive entertainment. This will be my first game review.

Sony have done a fantastic job in bringing VR to the masses and hats off to the developers for the first line up of games. Some are brilliant, some granted are not so but one things for sure VR is now here. After the lack luster launch of Vive and Rift Sony have done it right. PSVR has sold out everywhere and it has become the must have add-on this Christmas/Holiday. Will Sony carry on this support, will developers keep great games coming?

2017 will be a very important year for VR. But for now Sony has showed how VR should be done. The others really need to up there game.