At last! I personally have wanted a World War 2 shooter for a long time now, so much that for the first time I've put cash down on a Kickstarter project. 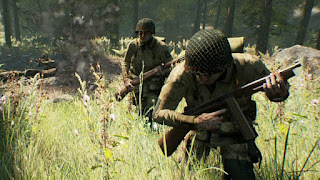 The game is multiplayer only at the moment but hopefully we'll see a single player game.
I remember the day when I'd jump on Call of Duty, the good games, and skill meant everything, not how many perks you'd unlocked. Players would drop to prone to make themselves a smaller target and take you out. Battalion 1944 developers seem to realise that joy of what made a great shooter. 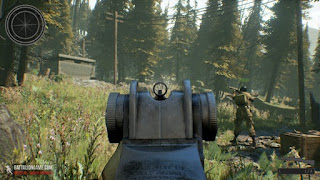 Being an older gamer and having done the tour of Normandy and visited some of the maps that will feature in the game has left me very excited. 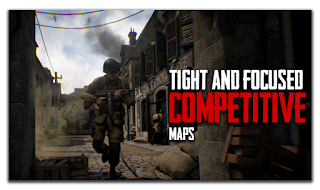 One of the best maps in COD was Carantan, oh yes, it's in the game. I can't wait for a full list but Omaha, Pointe Du Hoc, Utah, Pegasus Bridge (hope your reading developers) and many of the little villages have to be in the game as does Dead Man's Corner. Having been to these places it would be great to run and gun for fun with next gen graphics in these iconic battle arenas.

The only problem? We'll have to wait until May 2017 to get our hands on the game.

Sony........If your reading, get behind this project. If not Sony, just back it all the way! Good luck chaps with the game.

Take a look at this Dev diary and get excited!