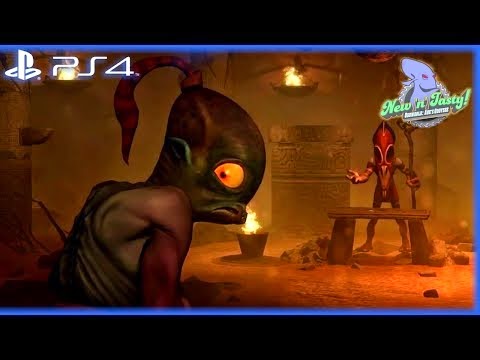 Quite a stir has been made about how our friends at  Oddworld Games namely Lorne Lanning, has said that the inferior Xbox one hardware can some how magically catch up to PS4 performance without a hardware overhaul. Cinimablend have cleared this up.(thanks) Recently there was an interview with Just Add Water's highly outspoken developer Lorne Lanning. In the interview it was interpreted that the “performance gap” between the PS4 and Xbox One would narrow. This is not true. The CEO of Just Add Water, the company behind the Oddworld games, has come forward to clarify the situation. The original interview came from Xbox Achievements , where they interpreted Lanning's comments about the gap thinning between the two eighth gen consoles as something that would happen over time. However, CEO Stewart Gilray spoke with Worlds Factory to clear up those statements, saying... “Actually that is NOT what he said. I spoke to Lorne afterwards and what he meant when speaking to t
Post a Comment
Read more
More posts