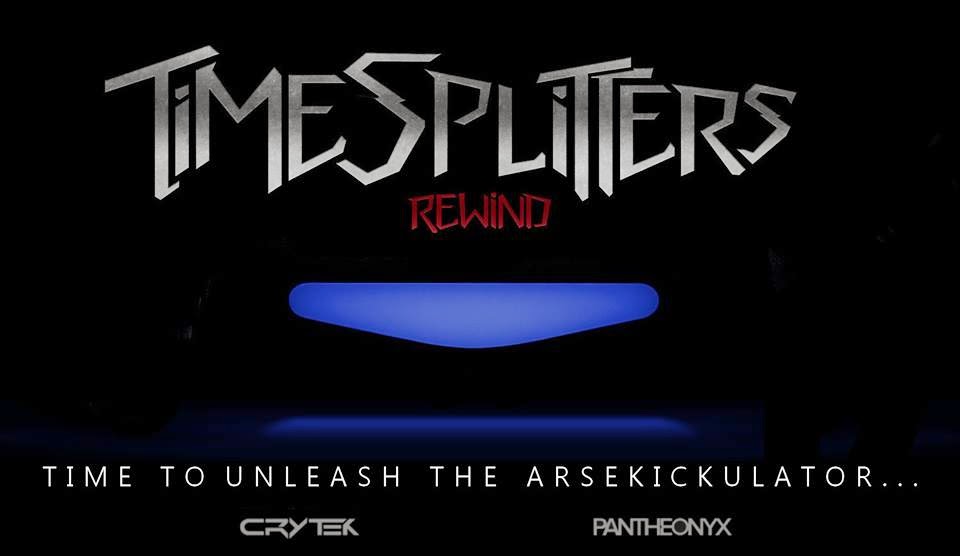 Not long now for your first real look at the Re-vamped Splitters game coming to the Playstation 4.

Michael Hubicka from the development team had this info to share about the game and the progress so far.


Back in February, we announced that we were working on recording of some gameplay to show off. We are still planning on releasing a trailer as soon as possible. I do want to discuss some of the things that we have been cooking up in preparation for the trailer though!


We have seen some major changes to the menus and HUD. We are slowly moving away from the default SDK interface and to our own custom one. We have even started implementing the menu music and sound effects for selecting the various options! We feel that when we first launch the game and show you TimeSplitters Rewind, it should give you that nostalgic rush starting from that point.


The HUD has seen some major work done as well. When we get into the game you're not just going to see a map, weapon and character moving around. You're going to get that authentic TimeSplitters experience – you're going to see the health/shield bars, the ammo counter and various other bits.


Of course, finally there is the actual game itself – the maps, the characters and the weapons. The environment and prop artists have been making huge strides in bringing their respective maps to life with more detail. Some of the 3D artists are working on getting more characters ready to be brought into the game while the others are focusing on getting more things done with the weapons.


So in short – when we said we were going to record some gameplay of TimeSplitters Rewind, we really meant it. We are going to do that. Right now we are just focusing on adding those few extra touches in so that what you will see will have been worth the wait. We gave a time frame for when we had planned to reveal it – and we missed it. We are truly sorry for that, but once you do see some of the things that made us decide it would be best to postpone the recording until we can show that off... we think you will understand.
PS4 PS4 News Splitters Timesplitters Timesplitters 4 Timesplitters Rewind