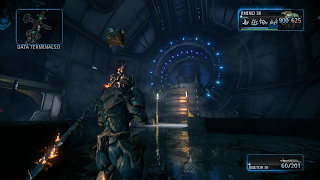 Update: 5/01/2014. The developers would like to point out that Warframe is in its beta stage on PS4. They have let us know updates will be regular and trophies will come in a future update. Trophies will soon see the servers swell.

When the 29th of November came round I was like an excited child at Christmas, that goes without saying. I purchased Killzone, Call of Duty, Battlefield 4, Assassin's Creed and Need for Speed.
New to Playstation was the much touted free-to-play games that were no stranger to PC gamers. Warframe was one of them. Having played Dark Sector on PS3, Warframe was one of the games I was really looking forward to, in fact, Warframe and War Thunder a WW2 flying combat game, were the first things I headed over to the PlayStation store for.

Warframe is a 3rd person shooter and is made from the ground up for co-operative play. You start off with a sidearm, melee weapon and your main weapon, a rifle/machine gun.

The main idea of the game is to upgrade your Warframe/weapons and to improve your main mastery rank, this progressive nature of the game is what grabs you. Here's what happened to me. 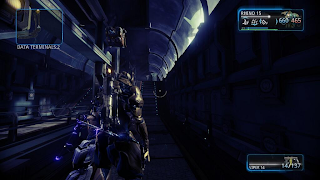 I was playing with people from PSN and progressing through the first planet. I got to a defense mission. I played the mission remembering that it was the same type of mission I'd played at Eurogamer. A fellow player ran in front of me but he had a little object following him that seemed to be shooting enemies and doing other stuff.

I needed to know more about this and looked online. I found the Wikipedia page for Warframe. On dear. I started reading. Warframe is so deep and rewarding it's frightening.

The little object turned out to be a sentinel, your pet, your buddy. Like your frame this too can be upgraded. I thought, "I've got to have one of those". At this point Warframe has you, that's it, kiss goodbye to evey other game you wanted to play. I've tried to play Assassin's 4 but every time I turn on my PS4 I find myself booting up Warframe. 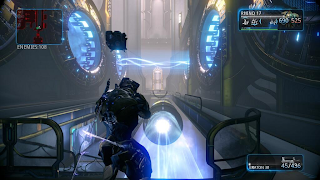 Here's the thing, you can make your very own pet. Yes by crafting with the aid of blueprints you can craft anything in your foundry. Weapons, sentinels, anything. You do this by grinding for parts, the best place are defence missions, for me anyway. Once you have earned the in-game credits and buy the blueprints you can craft the item you want. You can then upgrade using mod cards. You get cards for different slots on your Warframe, sentinel and weapons. Once you start on this deep road of progression you will be totally hooked.

Each card that you apply to things can then be upgraded at a cost of mod cards that you pick up during progress through the game. The harder the missions the better the cards. I had a relatively slow gun but after a few mods it was rapid firing with great power.

You can build Warfames after you have gained your first choice starting frame. All this is free using in game credits you earn by completing missions or special alert missions that pop up at the main menu randomly with great rewards.

If you don't like grinding then you can fast-track everything in the game with real money by buying platinum. Deals were on before Christmas but the developers need to make offers more often. People can be lazy and need platinum to progress. Myself as a Monster Hunter lover have gone into Warframe with grinding in mind.

You do get 50 platinum to use when you start, my advise is to open up two more frame slots to give yourself 4 frames to play with.

I don't normally give my own stats but I feel I need to let people reading this just how much time Warframe has taken. I paid £45 on average for my other games and COD was done in six or so hours as was Battlefield.

The Warframe community is the best I've seen in any online game before it. Everyone playing are on the same page, helping each other. Even if you don't chat, players know what your doing and what your goal is as there goal will be the same, progress.

I have built four frames now in total and they all have different abilitys. You will be on a mission and a frame with light up the sky with sparks or flames and you'll just be blown away, "Oh my god, what frame is that? We shout down the headset. Gotta get that one, off you go to the internet to find out where you need to go to get the blueprints and parts. 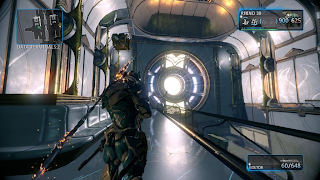 Warframe is one of the biggest, deepest games I've ever played, I'm 43 so that's alot of games. Before Playstation 4 my faith in gaming had had took a nose dive. Warframe has reignited my passion for games. Most people that buy platinum do so as a Thank you to the developers for a well rounded crafted game.

Levels span from ships, think Alien movies, to frozen planets to desert plains. Sure Warfrane is just a shooter but it's a shooter that does everything right with a progressive rpg feel to it that nothing else can touch.

For the graphical effects of power mods etc this takes some beating. It's a small 4+ gig game that packs a big 1080p 60 fps punch.

Over the 80 hours plus gameplay my game has frozen mid menu 4 times and I have had lag just 3 Times. The big budget games however, I need say no more.

There is so much I have missed out, so much more to cover but I want people to discover the wonders of Warframe for themselves. Please don't give up after an hours play, you need to give Warframe a few hours to really see the game start to open up.

Thank you Digital Extremes, you have restored faith in what I thought was gone forever.

Amazing first Playstation 4 game that will only get better.