Showing posts from December 9, 2013
Show All 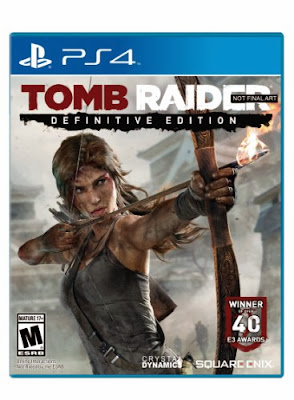 PS4 Tomb Raider: Definitive Edition will include Tress FX, native 1080p. According to the publisher, the Definitive Edition will feature an "all new Lara model created to take advantage of the power of next-gen consoles," as well as reworked lighting and shaders designed to "showcase the raw physicality of Lara's journey". The game will also feature Tress FX hair technology, previously only included in the PC version of the game, rendering each strand of hair to deliver "realistic hair simulation and motion". Lara isn't the only character receiving a makeover, though. Other in-game characters and enemies have also "been enhanced for added depth and realism", with texture resolution said to be four times higher than those found in the existing Xbox 360 and PS3 versions. "Tomb Raider: Definitive Edition is so named as it's exactly what we’ve custom built for the PlayStation 4 system," said Crystal Dynam
Post a Comment
Read more
More posts