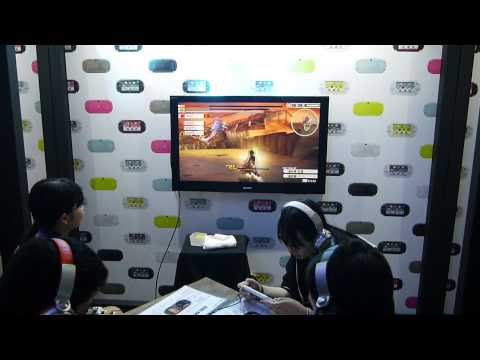 God Eater 2 on Vita TV with 3 Vita 2000's in co-op gameplay. God Eater 2 has a look of Borderlands to it, a good thing imo. Vita TV user interface.
Post a Comment
Read more 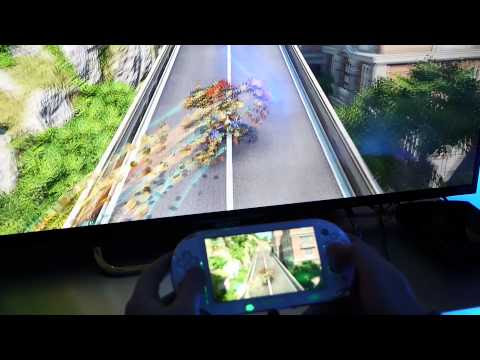 See the PS Vita and PS4 hooking up in Knack gameplay. Knack will be one of PS4's launch games come November 29th in Europe.
Post a Comment
Read more

Andrew House: The Vita LCD Panel Will Be The Same Quality As The OLED Panel

- September 21, 2013
Speaking to Nikkei , Andrew House has said that: "The LCD panel can now realize an image as high quality as that of the OLED panel," he stated, although he did add that the change to LCD made it easier to slim down the PS Vita. An image post on Twitter showed the LCD looking significantly worse than the OLED screen but commenters have pointed out it may be due to focus issues and the angle the console was held. う〜んやっぱ液晶は比較すると差が出ちゃうかなあ pic.twitter.com/Q03Pi98T42 — ヒロ (@Hiro_1998) September 11, 2013
Post a Comment
Read more

PS4 Could Be in Short Supply for 4 Months

Sources speaking to MCV  have said that: "The current number of units expected in the UK is unlikely to satisfy demand. The machine could be in short supply for up to four months after launch."
Post a Comment
Read more

PS4 to be Sold at a Loss

Sources speaking to Eurogamer  have told them the PS4 will cost Sony $60 per console. Sony then confirmed the console will sell at a loss to them in an interview but would not confirm the amount. Sony expect to make up the cost on PS+ subscriptions and games.
Post a Comment
Read more

Speaking to Eurogamer , Sony have that they are considering releasing the Vita TV in the West due to a strong response in these regions. "Of course we are thinking of launching it in the US and Europe," they said. "But when it comes to the timing, we'll have to watch the environment and identify what other services are available in the US and Europe and whether we'll have to add other services." They explained that it was coming to Japan first due to no strong competitors existing in this region: "The reason we wanted to launch PlayStation Vita TV in Japan first was because we think that there is a significant gap in this market even for a pure streamed TV box," they explained. "There isn't really a competitor here that's staked out a claim. And frankly, in my own view, Japan is a little behind the adoption curve in video streaming services."
Post a Comment
Read more
More posts