Toukiden is Monster Hunter on the Vita

- July 17, 2013
Capcom may not care about releasing Monster Hunter on another Sony console but Toukiden is going to fill that hole. It's coming to North America in Q4 2013 no word on a European release date.
Post a Comment
Read more 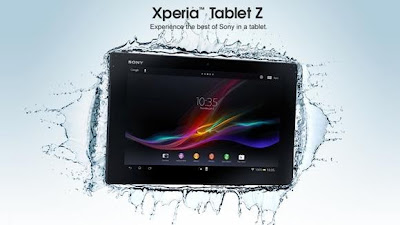 Sony's resurgence has begun in earnest: it's now been officially dubbed the ' BestTablet on the Planet'. Since buying out Ericsson, Sony has working to make phones that can compete with the likes of Apple, Samsung and HTC – but the fruits of that labour have drizzled down to the tablet sector too. While looking like an enlarged Sony Xperia Z, the Tablet Z takes the best of big-screen Android and puts it in a superbly light package – and a light tablet means holding it for long periods to read or watch movies is no longer a chore. We were impressed that Sony had managed to put together something that combined innovation and functionality, as it's not only light but waterproof too. Will you be dunking it in water every day? Unlikely, but it gives it a hardy appearance and means bathtime or holiday use is no longer in question. The contenders: 10 best tablets in the world The review found that the tablet is: "a triumph, a tablet that
Post a Comment
Read more
More posts