- April 11, 2013
Despite the full game already being leaked due to a bug in UPlay, Ubisoft have released a reveal trailer for Blood Dragon.
Post a Comment
Read more 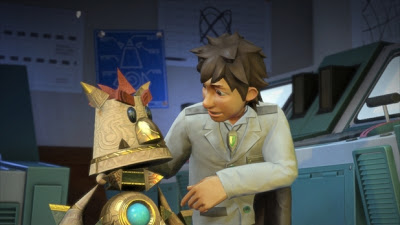 In an interview with Edge  Shuhei Yoshida has said that he doesn't want to just see FPSs on the PS4 saying that Knack was deliberately chosen as the first PS4 title to be revealed at PlayStation Meeting to show that PS4 will offer a broad range of experiences. This was the reason behind Knack being the first game shown. “It was pretty intentional,” he continued. “Mark’s idea was like ‘what about [a] Crash Bandicoot for PS4?’ when he suggested the concept of Knack. We were like yeah we hate to see all the PS4 games being FPS or action-adventure or very photorealistic, you know big-budget blockbuster games. And you know people like these games but these are not the only kinds of games that people can have fun with.”
Post a Comment
Read more
More posts