PS Vita to get folders? 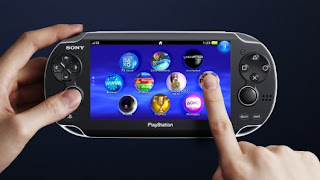 Fred Dutton, the manager for the EU PlayStation Blog, has hinted that folders may be coming to Sony's new handheld.  In a response to a comment posted which says, "Also a Vita FW update to stack your games in folders and for the memory card to save the layout of apps and games etc, so if you swap memory cards you don’t get a jumbled mess!" Dutton wrote, "Vita firmware – we may have good news for you very soon." If this is true, it will be great news to PS Vita owners who have had to shuffle their content on multiple memory cards, as each time you change it jumbles up the layout on the pages of the PS Vita's main menu, as the comment on the blog states.   At the moment you can have 100 games and apps on the Vita.
Post a Comment
Read more 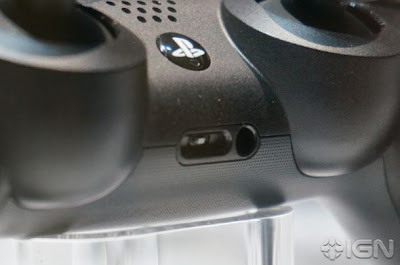 Just Add Water CEO Stewart Gilray, who we have previously interviewed about Oddworld on the Vita has today revealed that before the public announcement of the PS4 Sony had told them the PS4 would only have 4gb of RAM. "We were told [PS4] was 4GB originally," Gilray told Video Gamer , "and we first knew it had 8GBs when Mark said at the event's stage, 'And it has 8GB of memory.' We'd had kits at that point for a good while." He goes on to compliment the PS4s specs saying: "It's a fantastic amount of memory," he continues, "especially DDR5 memory, because it's so fast you don't have to have everything there at once. You can swap it in and out instantly, effectively. But when they said 8GB it was like, 'Ooookay.'" The entire user experience should benefit from the huge amount of RAM and ring fencing of the system RAM from RAM available to games: "When you press the PlayStation button on a PS3
1 comment
Read more

A listing on Xbox.com has confirmed that Far Cry 3 Blood Dragon is real and will be coming on May 1st. The description says: "Far Cry® 3 Blood Dragon is THE Kick-Ass Cyber Shooter taking place on a bizarre open-world island crawling with evil. Welcome to an 80’s VHS vision of the future. The year is 2007 and you are Sargent Rex Colt, a Mark IV Cyber Commando who’s fighting against a cyborg army gone rogue. Your mission: get the girl, kill the baddies, and save the world. Experience every cliché of a VHS era vision of a nuclear future, where cyborgs, blood dragons, mutants, and Michael Biehn (Terminator, Aliens, Navy Seals) collide. Playing Far Cry® 3 Blood Dragon doesn't require a copy of Far Cry® 3. " We think it's great news that it doesn't require a copy of Far Cry 3.
Post a Comment
Read more
More posts