Lord of the Rings Middle-earth: Shadow of Mordor announced 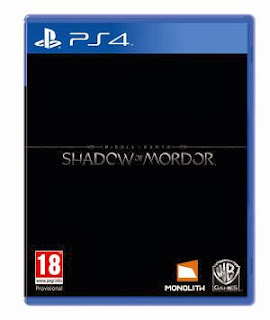 The Hobits go Next Gen!

Warner has announced a next-gen Lord of the Rings game.

Middle-earth: Shadow of Mordor is a third-person action game in development for PC, PlayStation 3, PlayStation 4, Xbox 360 and Xbox One. Wii U wasn't mentioned.

The game is set between The Hobbit and The Lord of the Rings. You play Talion, a ranger who is murdered the night Sauron and his army return to Mordor. He's resurrected by a Spirit and given Wraith abilities and goes on a revenge mission. Along the way he learns the origins of the Rings of Power, apparently.

Middle-earth: Shadow of Mordor is made by Monolith Productions, developer of the recent Gotham City Imposters and Guardians of Middle-earth multiplayer online battle arena game, in collaboration with Middle-earth Enterprises, Peter Jackson and the artists at Weta Workshop "to ensure that the settings, characters and story align authentically within canon".

The Nemesis System has been singled out as a highlight: "enemy relationships and characteristics are shaped by player actions and decisions to create personal archenemies that remember and adapt to the player and are distinct to every gameplay session," reads the official blurb.

"The game introduces new gameplay mechanics to the action genre, creating opportunities for emergent and customised gameplay that will be rewarding for players."

The last Lord of the Rings game, War in The North was an excellent co-op game with friends. We hope for more of the same at PSO.
PS3 News PS4 News