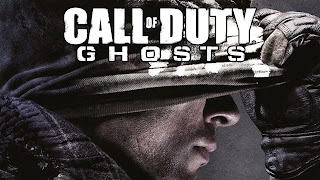 Sony and Microsoft respond to the rumour that Call Of Duty:Ghosts will run at a higher resolution on PS4 than on Xbox One. Have Sony got the jump on Microsoft?


Call Of Duty has long been a Microsoft-preferred product, with Activision and Microsoft getting all cushy by providing timed exclusives on Xbox 360 for most of the generation.


It seemed like the same was going to happen next-gen too - Call Of Duty: Ghosts will have timed exclusive content on Xbox One - but it seems there's a twist.


A rumour spun out of control recently when an IGN preview on Call Of Duty: Ghosts had the game playing in 1080p on PS4; the first time a PlayStation console was used to market a Call Of Duty game.


This lead to speculation that the Xbox One version of the game - or, worse still, the console itself - was not quite up to scratch, yet the PS4 one was.


Albert Penello of Microsoft clearly saw the fallout from this speculation and Tweeted "I've seen COD: Ghosts running on Xbox One. It looks f'n amazing. Wait for real footage, then judge for yourself."


While there's no doubt of that, it's a little bit suspcious. Penello doesn't directly state that the Xbox One version of Call Of Duty: Ghosts will be running at 720p, merely that it 'looks amazing'.


Phil Spencer, also of Microsoft, was asked directly whether or not this news was true, and responded saying: "As first party I don't get builds of 3rd party games. I know what our 1st party games are doing."


Shuhei Yoshida was also quite evasive on the matter, and failed to confirm the truth of the PS4 version - even if his response was a little more promising.


Yoshida was asked if the PS4 version of Call Of Duty: Ghosts was native 1080p, to which he replied with simply "wait for Activision to confirm".


That's not a yes or a no, but it does suggest that it is true, but not something that Yoshida can discuss openly.


We're not entirely clear on whether or not this rumour is true, but it won't be long until we find out.


If this is the case it could be a shocking blow for Microsoft, whose console has long been the preferred format for the Call Of Duty franchise.
Take a look on IGN for the shock preview on Sony's PS4.
Thanks NowGamer.
PS4 News