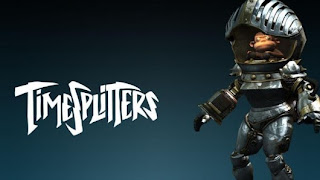 Splitters fans jump for joy, the "open for everyone" attitude from Sony with PS4 has really paid off as the developers of Rewind confirm the PS4 game. Not only the Multiplayer but the single player stages will make there way to the console at some point.

The Crytek engine will be used so expect a good looker. Rewind's next-gen console version will support cross-platform play with Rewind's main PC build. Unlike the PC version, Rewind will allow for classic split-screen multiplayer on PS4.

"TimeSplitters Rewind is a fantastic initiative that Crytek continues to support," Nick Button-Brown, Crytek's general manager of games told Eurogamer today. "We are happy to see the excitement and we hope it will be a great game."
Due to be released in closed alpha this winter, TimeSplitters Rewind will eventually include all maps, weapons and characters from all three TimeSplitters games.

The project is the work of a band of fans led by project manager Michael Hubicka. As a condition of being able to use the TimeSplitters license, it will be made available absolutely free. In a Reddit AMA posted this week, Hubicka also revealed the involvement of original TimeSplitters composer Graeme Norgate - of Rare, Free Radical Design and later Crytek UK fame.

We can't wait for this and wish the band of fans all the best with the development.
PS4 News