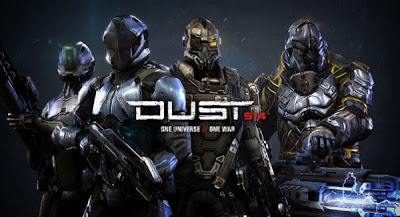 CCP Games, the leading independent developer of massively multiplayer games, today launched DUST 514®, the world's first free-to-play, multiplayer first-person shooter on a console. The battle for dominance of the EVE Universe escalates to new heights today as DUST mercenaries forge their paths to fame and fortune in a PlayStation 3 exclusive.

Launch is only the beginning of the journey for DUST 514 players. As with CCP’s first game, EVE Online DUST 514 is an ever-evolving game as a service, built on the technical foundation and experience CCP has gathered over the past decade. New features, content, and upgrades are planned for years to come, beginning with an update in June and additional major releases throughout 2013. All updates to DUST 514 come at no cost, truly keeping the game free-to-play for all players.

“DUST 514 has been forged by the willpower and skills of the players who have joined us on the journey to launch, and the talent and determination of our development teams around the world,” said CCP CEO Hilmar Veigar Pétursson. “We are now poised for the next phase of development of DUST 514 and the EVE Universe. We are off to a fantastic start, and ahead is the opportunity to expand even further what games can become. After a decade of preparing for this moment, we will at last see the emerging society of DUST players begin to fight gun-and-grenade for planetary dominance, alongside their EVE Online brethren. For all we have done so far, our best moments are yet to come.”

DUST 514 is a new breed of first-person shooter, which in addition to tight gunplay features a path to unlimited dropsuit fittings and customization options, taking the player to new dimensions of character progression. The end result is a unique tactical advantage that will allow mercenaries to push DUST 514 beyond the bounds set by the game’s creators, and arm them with the ability to impact their war on a galactic scale.

DUST 514 is also fully integrated with the notorious sci-fi setting of EVE Online, a massive game universe that recently surpassed a half-million subscribers worldwide and which has been growing and expanding for a decade. Together, DUST 514 and EVE Online offer a combined sandbox of unprecedented intergalactic scale, with the outcome of ground battles impacting the persistent universe of EVE and shifting the tide of war for legions of participants. Mercenaries can gain advantage by coordinating with starship pilots in EVE Online, calling in devastating orbital strikes against opposing squads.

The fortunes of DUST 514 players will rise and fall as they align themselves with like-minded warriors to make their mark across the EVE Universe. Players join forces with their fellow DUST mercenaries and EVE Online capsuleers to form player-run corporations and alliances, conquer planets and solar systems one battle at a time, and claim their own pieces of New Eden to serve the greater good – or their own ambitions!
Time to Dust off your PS3.
PS3 News PSN News