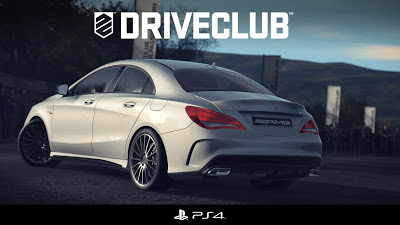 Scott Kirkland technical director for Drive Club has been talking about the PS4's internals in an interview with Edge magazine.


He described the CPU as making it easy to gain great performance:

" There’s the CPU, having that symmetrical architecture, that’s made it really easy for us to gain great performance from the outset.  "

And talked about an initiative called Play-Go which appears to be related to game loading times:

"I don’t know if you’re familiar with the Play-Go initiative which Mark Cerny spoke about, that’s something we’ve been bringing in and we’ve been heavily involved in the discussions on that. We know that that, combined with the Blu-Ray disc for physical delivery, the hard-drive is just going to allow us to deliver awesome experiences to players in a fraction of the load times and download times that players experienced on PS3 and Xbox. "


On the subject of the GPU he talked about "a whole lot of special sauce" that has gone into its development and how it could be used for general purpose computing tasks as well as graphics operations:

"From a GPU perspective, there’s a whole load of special sauce that’s gone into the GPU development. And that paves the way for us to do all sorts of general purpose compute work on there as well. It’s always going to be a balancing act between the kind of hardcore graphics guys who want to use all that power for what goes on the screen, but there’s some great complimentary stuff that we can do with the GPU as well. "