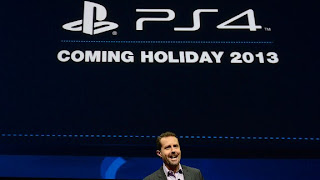 PS4 will release in October and cost £300, according to a newspaper interview with Sony gaming CEO Andrew House.

Now before you get to excited, this was in an interview with no less than the Sun. So a large pinch of salt.

Andrew is not directly quoted as saying this but where did the Sun get this from?