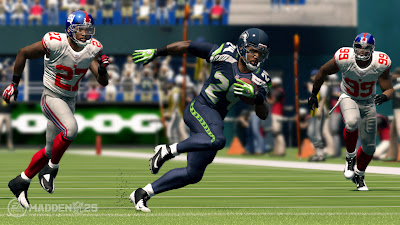 EA have released the first trailer for Madden 25 and announced that the cover player will be Barry Sanders.


This years iteration of Madden will concentrate on the running game and lets players "unlock the power, precision and creativity of the NFL ball carrier"

The run free feature will "let players pull off 30 different ball carrier movies like stiff arms, jukes and spins" whilst "ball carrier avoidance." will makes running backs smart enough to push off their own linemen and find new routes, instead of bumping into their backs and falling over.