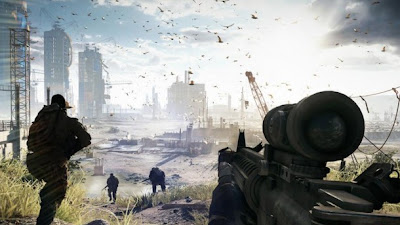 Speaking with Edge Online executive producer at DICE, Patrick Bach has said that despite the fact people were throwing money at them to include motion controls in BF4 but there are no plans to include them in the game.

He says the studio is open to innovations but only if it adds value to the player.

"We are extremely open to innovation, but if it’s a gimmick, there’s no point unless it adds value to the player. Touch screens used to be a gimmick, because no-one could get it to work until iPhone came out and used it right. It adds to the experience, and now everyone is doing it. To us it’s the same with motion control and perceptual gaming in general; if it adds, great. If it’s a gimmick, ignore it.”

This probably isn't what Sony want to hear after they have included motion control capabilities in all Dual Shock 4 controllers.
Battlefield