From the Playstation blog 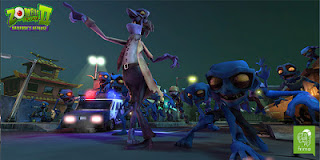 We at Frima Studio are excited to announce that the sequel to the best selling PlayStation Mini Zombie Tycoon is coming on April 30th! Zombie Tycoon 2: Brainhov’s Revenge will be a full-fledged, Cross Play and Cross Buy enabled digital title available for PlayStation 3 and PlayStation Vita on PlayStation Network!

Pick your side in the epic war between two evil masterminds: apprentice-gone-rogue Orville Tycoon and his army of heavy-duty zombies, or his vengeance-thirsty mentor Professor Brainhov and his frantic masses of agile undead! Post Z-day, Tycoon’s mad machination to extinguish all life in Finkleville has almost reached its apogee. During the final siege on the human fortress, his former mentor makes a sudden comeback, seeking retribution for his apprentice’s betrayal and eager to reclaim his rightful place as alpha mad scientist. Only one question remains: who shall win? Slow zombies, or fast zombies? Find out as undead armies clash in both the immersive single player campaign and the competitive multiplayer mode! 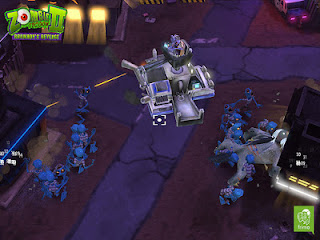 The multiplayer mode pits Brainhov and his fast, ravenous zombies against Tycoon and his army of shambling, slow zombies in a one versus one deathmatch. Pick a side and unleash your zombie hordes to destroy the mobile base commanded by your rival scientist. To achieve that, you will be given control of two packs of zombies and a powerful monster unit to gain control over various buildings, level up and ultimately face off in an epic battle!

Zombie Tycoon 2: Brainhov’s Revenge is a Cross Play, Cross Buy title – Vita players can face off against PlayStation 3 players in online multiplayer and vice-versa – and for a single purchase, you will be able to play on either console! 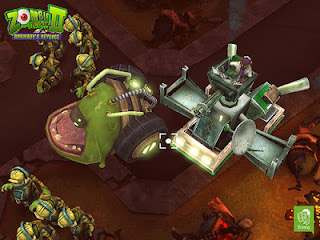 Stay tuned! As we get closer to the launch date, we’ll be releasing more details about the story, the different units and monsters and other goodies. In the meantime, follow @ZombieTycoon on Twitter and join us on Facebook.