Thanks to a side by side video comparison CVG can help you, two console owners decide what game to buy.

After viewing the video we feel safe with the PS3 version as it shows a much sharper image and sports better lighting effects. The 360 game tends to look a little washed out. I have to admit that earlier games tend to swing the other way. 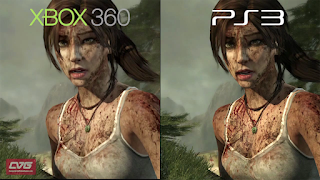 Playstation 4 will be easier to program for as the PS3 is known to be hard to get to grips with. Just shows mind that six years down the line developers are finally getting to grips with the hardware.