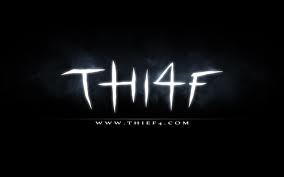 Playstation 4 gets thieved next year!

Square-Enix has issued a press release introducing Thief as "a reinvention of a franchise that helped define an entire genre of games". "A first-person adventure featuring intelligent design that allows players to take full control, with freedom to choose their path through the game’s levels and how they approach and overcome each challenge."

It's been in development for years in Montreal, the game was officially announced in 2009.
Game Informer will have all the first exclusive details in there new mag in April.