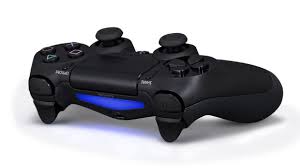 Sony has announced its plans to showcase its upcoming next-gen console, thePlayStation 4, at this year's Game Developer Conference (GDC).

The company announced today that it will host a PS4-centric talk called "Overview of PS4 for Developers", where they intend to talk about the technology it offers from a development and design standpoint. The talk will be in stark contrast to the PS4's debut announcement a few weeks ago, which catered mainly to gamers instead of developers.

The talk is expected to give developers as well as journalists present better insight on the PlayStation 4's capabilities and what it brings to the development table. According to CVG, the talk will be given by "unspecified Sony presenters" from SCEA, with no word on whether Kaz Hirai or anyone else will be present.

The PlayStation 4 is expected to launch in late 2013 during the holiday season, and titles prepared for its launch will be announced at this coming E3 2013 with more announcements leading towards its release.
PS4 News