Playstation mobile has been out for a few months now and I've been sampling a few of the bite sized games. I have reviewed them all below in a quick format just so you can get the idea. They are quick fix games but some of them really are excellent. 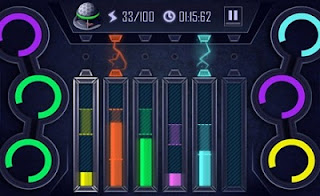 This game has you pressing the Vita screen to stop the pressure building up in pressure gages. The game gets harder and harder as you have to use speed to link up the colour in quick succession making it quite a challenge. At just 40p yes 40p this game gets an extra mark for value. 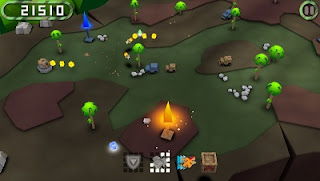 This game is brilliant, hard but brilliant. The idea is so simple. You are a prisoner of war on the run. As you spawn the game starts to hunt you down. Tanks, jets, helicopter and the like shoot you and drop napalm and all you have to do is run like hell. The great thing is, and the main aim of the game is to create 'friendly fire' so the enemy units destroy each other. So simple but just so rewarding. You unlock upgrades as you go to make life easier. Now at just 28mb everyone with that tiny space on the Vita card should download this game. The best on PS Mobile gets a perfect score. Just £1.59. 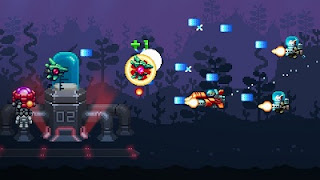 Aqua Kitty is another gem. Remember Defender? Just like defender it's a side to side shooter but underwater. It's a pretty shooter and it will have you playing for hours. Priced at £2.79 it's one of the higher end pricing but worth a blast. 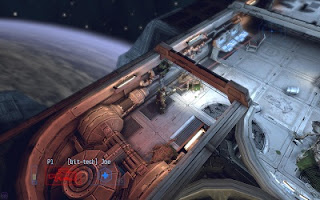 Wow. Get this game. Basically you get the game and the enhanced mode bringing the game up to today’s standard. The classic mode is the original game. You get 8 new levels, 6 original levels and 12 special edition levels. At £3.19 this is great value and what's more it plays so well as any other twin stick shooter. The enhanced mode looks sweet too. This game has the most going for it out of all the PSM games but Rebel just pips it to the post for game play. 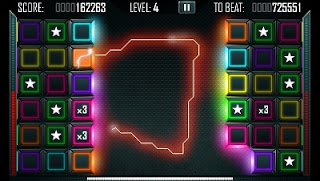 Surge is another take on the linking coloured boxes game play. Tried and tested sure but surge is so addictive with online leader boards to show off your skills. At £2.59 you need to give this a blast. Very stylish menus and colourful graphics make this a charm and better than the first mobile game.


I have played the games on the vita and on my Sony S1 tablet with a PS3 controller.  Take a look on the ps store now. Don't forget, the PSMobile store can be found in the Android app store or on the vita store tab at the top next to the Video tab.