PSOnline navigate the streets of London, dodge traffic and visit Eurogamer so you don't have to

Eurogamer 2012 had all the latest games on display and available to play, here’s everything you need to know about the upcoming blockbusters.

This game was on display and available to play complete with a steering wheel and set pedals and it looked great. We spoke to the Sony representative about what exactly the academy edition included and he told us that you get all of the DLC that has been released so far an exclusive car and every update already on the disc so you don’t have to wait hours whilst the gigabytes of updates download.

We didn’t go hands on with this game; instead we stood back and just watched. It was hard to believe that we were watching gameplay and not a cut scene. We were watching a part at sea on a boat and the detail on the boats and water effects as it moved about were stunning, if you own a PS3 you have to buy this. 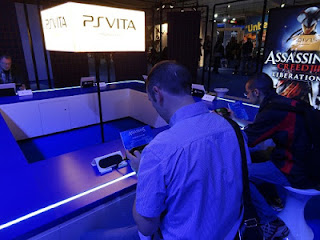 This was the first game we dived onto; this is going to be a massive title for the vita. A huge franchise is releasing a dedicated version of its game on the vita it’s not a port it’s designed from the ground up for the vita.

There were two levels available to play one was in the swamps and another in a massive city, of course we played both.

The swamp had plenty of trees and fallen branches to climb and run across with small enemy encampments in clearings.

The city was buzzing with people going about their lives and the lighting effects with the sun shining down on you looked great. Running across the rooftops felt just like playing the PS3 game, the walls around the protected area were huge and once you had scaled them you were treated to a great view. On the rooftops you could sneak around and take out guards from behind by pushing them off the edge. Nothing about this game felt subpar to the PS3 version.

Far Cry 3 looks so good we asked whether it was running on a high end PC (it wasn’t.) From the top of a communication tower you’re treated to a magnificent view of the entire island which is gigantic and it looks so polished when see things like smoke billowing from a volcano.

The game looks like what dead island should have been a massive open world island that you can wonder around with a friend completing side quests and the entire story. You can purchase weapons and items at shops dotted around the map, speaking of weapons the animations on the weapons are fantastic.

Everything in God of War is massive, the monsters, the levels and the attacks. We were playing a level that starts out on a pier where you’re then attacked and you pick up a sword to help you out. The speed of the attacks you carry out is insane and the combo counter that pops up makes you just keep hammering the buttons, swinging you chain and slashing your swords to keep the counter going up.

Looking out into the ocean is great as you can see the wonderful looking water and then when you turn around you see the great looking mountains and stone work.

Need for Speed: Most Wanted

Need for speed has been racing downhill for a while now but after seeing EA announce that criterion was taking over development and seeing some video of it I was excited. As expected the game is a cross between burnout and NFS most wanted on the PS2.

The handling is a perfect balance between realism and arcade fun, like in the PS2 game the police chases are great fun and give you a chance to put your knowledge of the road layout to the test. 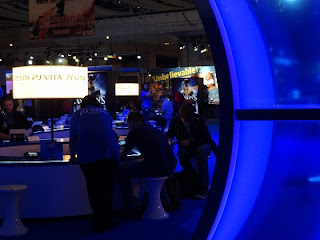 Sly Cooper is a loveable character and it’s been a while since we’ve been able to control him, his outing on the PS Vita is colourful although it didn’t look particularly pretty, and hopefully this will improve in the final version.

You can switch between costumes which give you new powers such as the ability to slow down time; this is needed to complete certain objectives in the game.

The new hitman game looks very, good. The part we saw was in a crowded marketplace, you had to pick out your target from the crowd and take them down. After the shooting starts the crowd freaks and starts running away in a panic.

What’s most impressive is just how much is going on, on screen and how it all looks so good.

F1 karting is a risky new game from Codemasters it’s a karting style game like Little Big Planet karting or Mario Kart but with all the drivers in team colours from Formula 1.

The gameplay is like any traditional karting game with pickups like weapons, shields and speed boosts to aid you. In F1 style you can pop into the pits to repair your kart if it’s damaged and fortunately there are multiple pit stops per track so you don’t have to wait until you get all the way back round.

Seeing wonderbook in action is really impressive the camera tracks the orientation of the book and you can pick it up and rotate the object on screen and it works flawlessly. 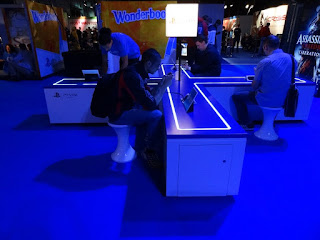 The first thing you notice when playing this is how much more impressive the stadiums look, the teams have all been updated to reflect the transfers that have taken place.

However gameplay wise it feels very similar to Fifa football.

Here are some more photos of the event 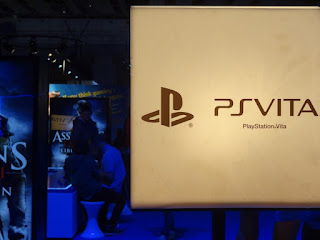 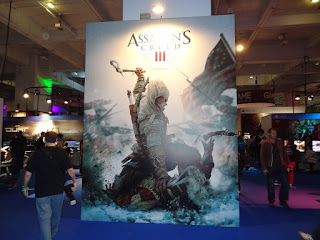 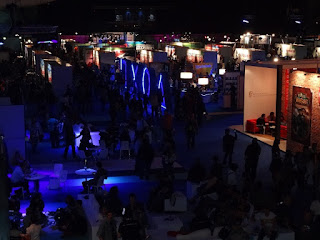 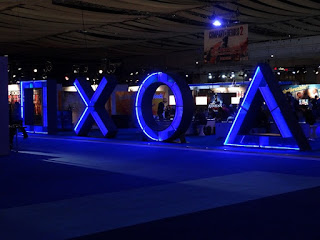 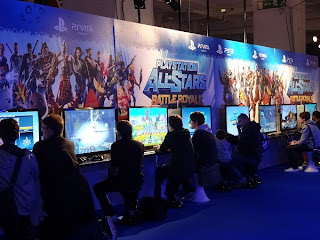 Afterwards we went for a look round London, Krisaim was clearly excited by this. 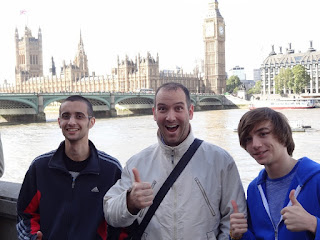