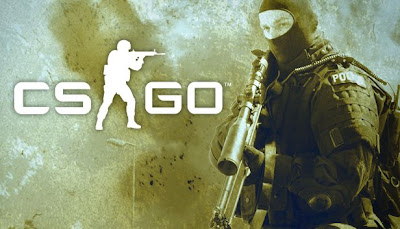 Counter Strike is a Marmite game, you'll love it or you'll hate it. Call of Duty players will run to the hills, there's no care package here. Battlefield players will feel more at home with its superb team-play mechanics.

Anyone who owns a half decent spec PC will have played Counter Strike, in fact if you’re into games or shooters of any kind you would have seen or played CS. It's the Daddy of all team shooters and for the first time it graces the PlayStation 3. PC fans will be feeling right at home as you can hook up your mouse and keyboard or all you sharpshooters out there can hook up your Move controllers. Even if you’re not online the bots in CS:GO will give you a very good run for your money in the robust single player mode. To be fair it's more of a boot camp for online play but all the same it's great fun.

Like the previous games in the series, Global Offensive is an objective based multiplayer first person shooter. Each player joins either the Terrorist or Counter-Terrorist team and attempts to complete objectives or eliminate the enemy team. The game operates in short rounds that end when all players on one side are dead or an objective is completed.

When starting CS:GO for the first time you'll notice the usual slick menus that Valve are well known for. Easy navigation through the menus will have you where you want in no time with loading times so fast you'll be hard pushed to take a drink before you’re in the action.

Game modes are the usual and Socom fans will feel right at home, in fact I feel Zipper were inspired by CS for their games on PS2 bomb planting and hostage rescuing are all here. I feel this is the savour for Socom fans that are left wanting for that tight tactical team-play that is missing from the new Socom games.

Demolition is a firm favourite of mine as one team has to plant a bomb, the other having to defuse if planted. The maps have some of the best 'choke' points in any games made before them. Battles will be fought in small corridors that Valve lead you into. I crouched in one game behind a box only for the whole team to trot past me oblivious to my position; still crouched I opened up into the back of them taking down three of the four. Like the older games, getting shot slows you right down. It doesn't get more real than this.

Players purchase weapons and equipment at the beginning of every round with money awarded based on their performance. Completing objectives or killing enemies earns the player money while negative actions, like killing a teammate or hostage takes money away from the player. In addition, when a round ends all players receive some amount of money, with players on the winning team receiving more.

The maps are all from the old games with some new ones thrown in. They look much sharper with the PS3 game fairing very well compared to my PC. The four game modes consist of Bomb defusal, Demolition, Hostage Rescue and Arms Race, a deathmatch game type where each kill rewards you with a newer better weapon. It's based on a 'mod' brought over from the older games and was referred to as 'Arsenal Mode'.

Game development started on 360 as a port from the PC but Valve new they were on the money and development was shifted to both next gen consoles as well as PC.

If you are a Playstation Plus owner you can play CSGO for an hour at no cost, without a doubt you will then download the unlock key to own this brilliant shooter.

Unlike Portal 2 steam works is not built into the game. This is a shame as it was great keeping tabs on my Steam buddies while I was on PS3.

At the time of going to press the Euro version is still missing in action. Why? No one will say. Therefore the review is from the US PSN Store. If we here any news on the Euro game you'll be the first to know.

I can recommend this game highly. I would have paid full price for this on a blu ray disc. For PS Plus owners this is a must buy, for others? What are you waiting for? It's Counter Strike on the Playstation 3! Buy it!

PSOnline would like to thank Valve for their support 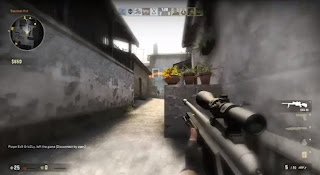 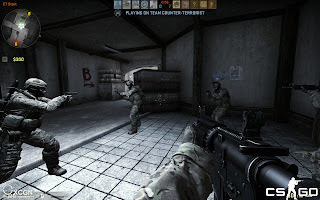 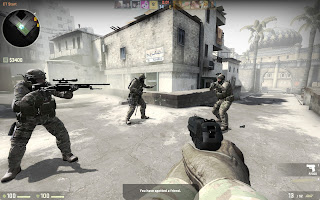 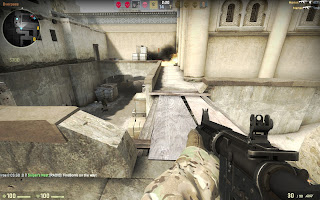