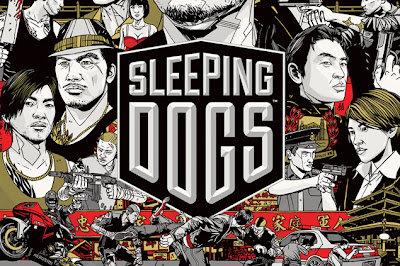 Sleeping Dogs slipped under my radar until about a week before release when I saw videos and details about it online and I’m glad I did because it’s one of the best open world games I’ve played for a long time.

You play as an undercover cop working for a gang in Hong Kong trying to gather evidence that can be used to convict the members whilst also helping out the cops on cases that might otherwise go unsolved.

Once you gain enough of these points you can unlock new skills, the cop points allow you to unlock more refined skills like recoil reduction on weapons, slow motion mode or the ability to steal cars without the alarm going off. While the triad points unlock more combat related skills such as new attacks and increased resistance to enemy attacks.

It also means that the story missions are nicely varied; the cop missions will see you doing things like planting bugs in air ducts dressing up in disguises to sneak into places and take pictures on your phone.

The triad missions are more brutal and see you doing classic gangster related jobs like collecting protection money or helping your buddies in a fire fight.

Like Grand Theft Auto games the map is littered with side missions allow you to earn more points and money as well as become a more well respected citizen around time and enjoy “Face Advantages” such as discounts on purchases and a lackey to bring you a car any time any place.

Although there really is no need to do any of these missions in order to finish the game and nothing worth spending the extra cash you get on so these side missions are pretty pointless.

The story is surprisingly deep and you find yourself becoming attached to the characters, one mission in particular sticks out my mind, I won’t spoil it for those who haven’t played the game yet but it involves a particularly sad conversation during a car ride.

The combat system is top notch; it’s not just a case of mashing the buttons and your character swinging his arms and legs wildly. There are a huge variety of combinations you can land on your opponents with the ability to keep unlocking more by finding hidden statues. You also have the ability to counter enemy blows but you can’t just go crazy hitting the counter button as each mistimed counter causes you to become vulnerable to enemy attacks for a period of time.

At first it can be hard to get used to and incredibly frustrating. I must have died at least 15 times on the first real mission because I kept getting beat to death by thugs as I didn’t fully get the combat system but once you do get it, it feels great and you rarely find it too difficult.

The best part of the combat system for me are the environment kills, these are some of the most gruesome but satisfying kills in the game. As the name suggests you use the things around you to finish your enemies, this includes things like removing their head with fan blades, cutting it in half with a table saw or removing the skin on their face with a cooker.

There aren’t a whole lot of guns in the game; they do become more common towards the end of the game but most of the time you will need to use your fists.

One thing I found particularly pleasing was the movement system, you don’t just sprint around like a crazy person, you interact with other citizens Assassins Creed style bumping into them and pushing past which can cost you valuable time during a chase.

One thing not so pleasing are the driving mechanics, I could never quite get the hang of them. The cars are twitchy and all of them feel like they handle the same. This doesn’t make driving much fun and considering how big the map is you end up doing a lot of it so I found myself getting taxis to most places unlike in GTA where I would just drive around for the fun of it.

This game might be like GTA but it’s certainly not as polished as GTA. This is most obvious when your being chased by the cops, there is a heat level similar to the number of stars you get in GTA but apart from having a few more cops chase you all of the levels (and I’ve only ever been able to get to level 2) are pretty much the same, not like in GTA where you would have helicopters, spikes and even the army to look forward too if you caused too much mayhem.

Graphically the game is pretty nice, characters are detailed enough as are the environments you find yourself in. What really stands out though is wondering around at night with the city beautifully lit up.

There’s no dedicated online multiplayer in Sleeping Dogs but it does have an online component. Your times and scores for certain events such as speeding through oncoming traffic or jumping off a ramp are recorded and then when a friend attempts them it pops up your friends best score so you can try to beat it.

Overall Sleeping Dogs offers a fantastic combat system and a great story line and whilst it isn’t a GTA killer it well worth playing.

PSOnline purchased their copy of this game.