Tower Defense But In Reverse

Alien debris has rained down on earth and your platoon is charged with investigating what has happened. You must fight your way through Baghdad to what appears to be the power source but alien towers are trying to stop you reaching it.

Fortunately it’s not just a case of walking through a predetermined path from the start to end. At the start of the level you can see a map of the area and have to plot a route through it, you also get to choose what type of vehicles you will use in the battle (subject to budget constraints.)

There are multiple vehicles to choose from each with their own strengths and weaknesses. For example you have APCs which are heavily armoured but don’t pack as much firepower, crawlers which are weaker but carry more powerful missiles and shield generators which can provide additional protection to, two adjacent vehicles.

Once you’ve chose your vehicles and the route you’re going to take it’s time to get started. You play as a commander who walks with the vehicles and you have power ups that aid them in the battle. You can lay down health generators which heal your injured vehicles or use decoy vehicles and smoke screens to confuse the towers and give you an upper hand in the battle. These power ups are air dropped in at certain points during the battle and so you need to plan carefully where to use them.


The game keeps you interested by making it about more than walking from A to B. There are objectives that you must complete such as eliminating all enemy forces or getting to a certain location before time runs out.

There are also multiple types of towers each with their own strengths and weaknesses and you must use knowledge of these when planning your route. For instance there is a powerful tower that emits a laser beam which tears your vehicles apart; however it can’t rotate so if you can get in behind it you can tear it apart.

Playing through the game I was concerned that I would be stuck in Baghdad for the entire game but half way though you have to head over to Japan which brings a nice change of scenery and new vehicles.

Graphically the game has a futuristic feel to it, with a blue colour scheme throughout and a glowing outline around your vehicles. From a top down perspective the buildings and areas you work through also look pretty good.

The production value of this game is really high; it’s a clear step above anything you’ll find on a mobile device with top notch voice acting and cinematic setting the scene.

Once you’ve finished fighting in a country you have the option to go back there and complete various other objectives.

There is also a brilliant local co-op mode where you and a friend can share the duties of eliminating enemy towers. One player controls the route and the other manages which vehicles will be on the battle field. It’s a shame this mode isn’t available to play online with all your PSN friends.

Overall this is a very polished game that presents a new take on a well-known concept, it provides some real challenges that fans of this style of game will enjoy and for £7.29 it’s great value.

PSOnline would like to thank 11 Bit Studios for their support. 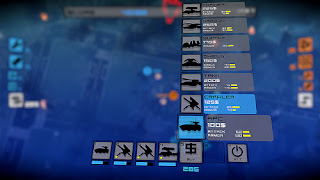 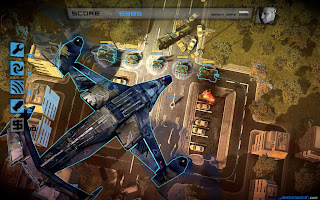